GAR Reports on the Prague Rules

08.01.2019
The long-awaited Prague rules, intended to give a more civil law flavour to arbitration procedure where desired, have launched in the Czech Republic, with one speaker saying they are “here to help arbitration live up to its reputation.”

The Prague Rules on the Efficient Conduct of Proceedings in International Arbitration were launched at an event held by their creators and GAR on 14 December, with the Czech capital Prague as the natural venue.

Drawn up by practitioners from more than 30 countries over 4 years, the rules are intended to form an alternative to the IBA Rules on the Taking of Evidence in International Arbitration. The IBA rules are considered by many in civil law jurisdictions to reflect too closely the common law approach to disputes – in particular with regard to the almost unlimited right of parties to call witnesses of facts and experts and the assumption that proceedings will feature written witness statements, cross-examination and document production.

Writing in GAR last year, a member of the working group which came up with the rules, Vladimir Khvalei of Baker McKenzie in Moscow, explained that having procedures rooted in the common law may make sense in some cases, but not for disputes between parties from civil law countries alone.

“Whether people like it or not, the reality is that the majority of the world is made up of countries with civil law-based legal systems,” he said. The number of disputes between parties from civil law countries is therefore “significant and sufficient to justify developing rules...based on a traditional civil law model only.”

A complete version of the article is available at www.globalarbitrationreview.com

The Prague Rules were also discussed at a Young Austrian Arbitration Practitioners’ roundtable on the eve of their launch in the Czech Republic. "By 2030, the Prague rules will have replaced the IBA rules in almost all continental European international arbitrations” was the motion of the debate.

A complete version of the article is available at www.globalarbitrationreview.com 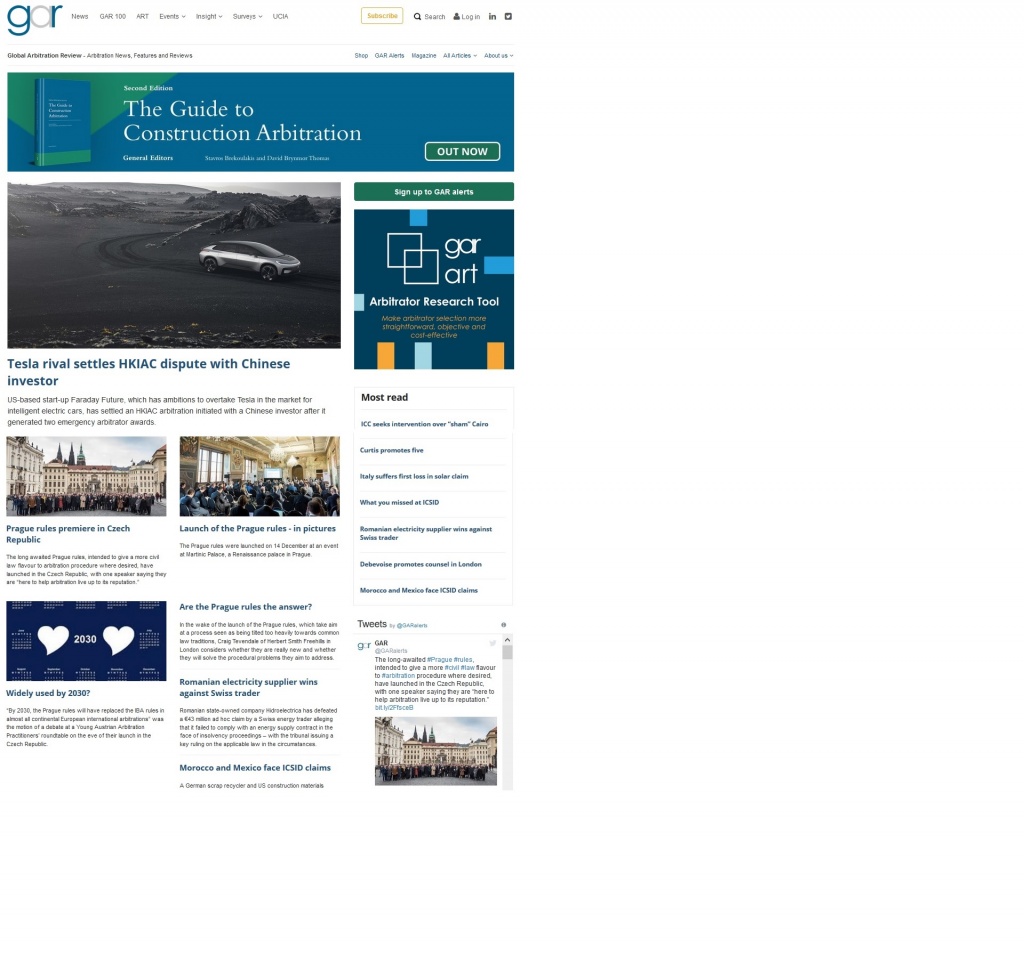